For this week’s Top 5, Brett Spooner is giving us his Top 5 favorite fantasy authors.

Brett Spooner has been a part of Fuse from the very beginning. He is also a Managing Partner at his law firm, Gravis Law, and serves on the board of a number of community organizations. Besides being passionate about his community, Brett is an avid reader. 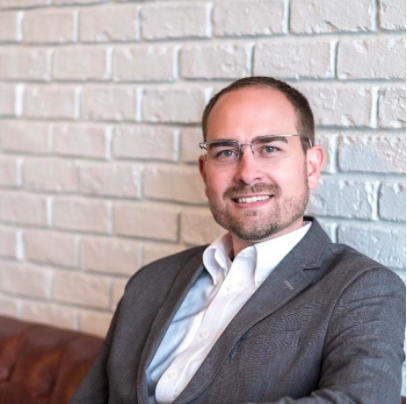 “ I read roughly 60–100 fantasy books per year,” he says. Brett adds that he has at least 20 favorite authors, but these are the five who are currently at the top of his list.

Robert Paul “Tad” Williams is most well-known for his Memory, Sorrow, Thorn, Otherland, and Shadowmarch series. He also wrote the standalone novels Tailchaser’s Song and The War of the Flowers. Most recently, Tad Williams published an urban noir fantasy series called The Bobby Dollar Books.

Brandon Sanderson is probably best known for being chosen by Harriet McDougal, Robert Jordan’s wife and editor, to finish Jordan’s Wheel of Time series after his death in 2007. Sanderson has also written a great number of adult fantasy book series—most notably the Mistborn Series and the Stormlight Archive—many of which are set in the Cosmere universe of his own creation.

George RR Martin has been publishing books and short stories since the 1970s. He is most known for his epic fantasy books in the series A Song of Ice and Fire. The series’ popularity grew immensely after HBO adapted it for the television series Game of Thrones. Martin has also written a number of short stories, mostly prequels, taking place in his fictional setting of Westeros/Essos.

David Gemmell is a British author who published many book series and standalone novels between 1984 and his death in 2006. Most of his books are considered to be heroic fiction, but Gemmell also published two series, the Troy Series and the Greek Series, that are historical fiction. He is best known for the fantasy novel Legend, the first book in the Drenai Series.

I’ve linked the above authors to their bibliographies, so you can check out their books. I highly recommend checking out books from your local libraries: Mid-Columbia Libraries and Richland Public Library.

Both library systems also offer e-books through Overdrive, if you prefer to read electronically.