Hi. I’m Gar. There are a lot of streets with names in the Tri-Cities. Some have numbers, but those are more avenues and not streets. This is just a list of the named streets. And one “way” (spoilers).

Here are my top five favorite street names in the Tri-Cities.

I pronounce this street “eelee” but I have also heard it pronounced “eelie”. I don’t know if the City of Kennewick has an official pronunciation guide for its streets or not, but I like pronouncing it as “eelee” and I think a lot of other people do too. It’s a lot of fun to say. Also, when people who are not from around here say “eelie” you get to correct them, which makes you feel like A Local Who Knows Things.

Bonus: Quay Street, Kennewick. While we’re on the subject of pronunciation I want to talk about Quay street. This one is probably definitely pronounced “kway”. However that word is also sometimes pronounced “key” especially when talking about a body of water. In fact the “key” in the name of the town of “Key West” could arguably be spelled Quay.

This street is one of a group of Pasco streets named after gems and precious stones. I think Pearl is the prettiest of those names. It is also my grandmother’s name. Well it’s her middle name, but she goes by Pearl. Anyways I love my grandmother and I think about her whenever I see a sign with this street name on it.

I like how this street is almost unanimously called “G Way” by everyone. It’s like we all agreed “Yes this is a good street name but it is way too long to say in everyday speech.” So we all just say “G Way.” I have a fun story about a drive I took down G Way. When I was in high school a friend of mine was going to be doing a play at Hanford High. I did not know where Hanford High was, as I didn’t drive yet and also because I was living and going to school in Kennewick. She gave a friend and I directions about how to get to Hanford High. Those directions were literally “Get on G Way and drive forever.”
It’s also important to remember that this was at night, back before the current sign (which is easy to see from the road at night) existed. We of course drove right past the school. Eventually, there weren’t any houses by the road anymore, but her instructions did say “drive forever” so we couldn’t be sure if we’d gone too far or not. Eventually we started seeing “Armed Inspection Point Ahead” signs and figured it was time to turn around. We pulled over to the side of the road to let the car behind us pass before we u-turned, and to our surprise the car behind us pulled over too! We got pretty spooked and quickly turned around and drove home (Having missed Hanford High on the drive back also). We never saw our friend’s play but we got a story we can now tell the rest of our lives.

I really want to know why this road is named Coffin Road. I think about it every time I drive South out of Kennewick. Was that just someone’s last name? Was there an exciting story involving one or more coffins? I feel like there has to be a story here, right?

#1: The intersection of Kennewick Ave and Washington St

Well, that’s my list. There are lots of other cool street names in the Tri-Cities, and in the world itself. This was just a top 5 list though so I had to keep it short. Thanks for reading my list, I hope you have a wonderful day! 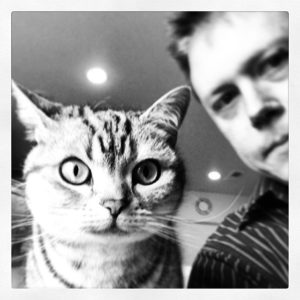 Gar is a programmer at &yet and also a pretty cool person.
You can follow Gar and his kitty at @wraithgar.