It was a total blast!

The weather reports made it look like we’d have to deal with a lot of rain, but it only sprinkled a few times. The campground was absolutely gorgeous. 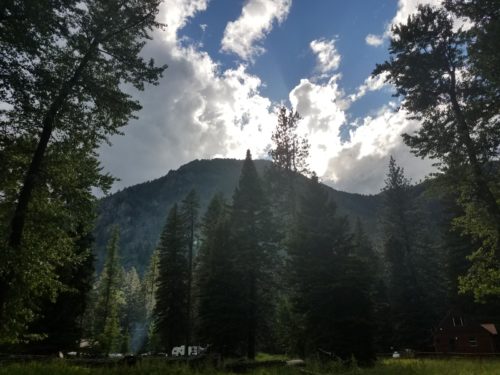 The best thing about the campground is that it was completely devoid of signal… no wifi, no 4G… nada.

Hanging out with coworkers and not coworking

My husband and I, along with some of my favorite Fusers, brought our camps, tarps, and other gear to Wallowa State Park and spent the weekend chilling out. We played games, cooked camping food, and did some activities, but mostly we just hung out around the campfire, talking and enjoying each other’s company. 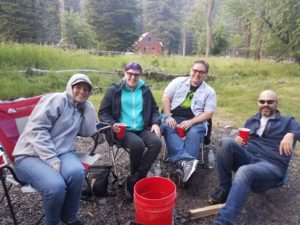 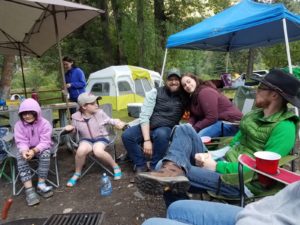 Erin Schmidt set up a gaming tent—an absolutely genius idea—that kept the kids entertained most of the weekend. We also played a game of Monikers around the campfire. It was the first time most of us had played it, and it was very, very fun. Even the kids got into it!

The charades round was pretty ridiculous… in the best way possible. 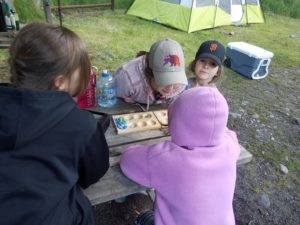 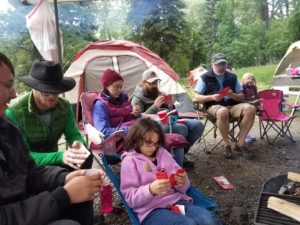 We also went to the nearby activity center and played Skee-Ball and Ladder Toss. Some of us even went for a round of Bumper Boats! 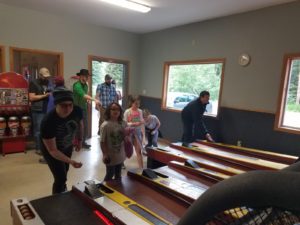 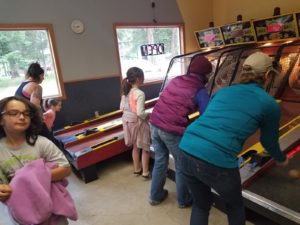 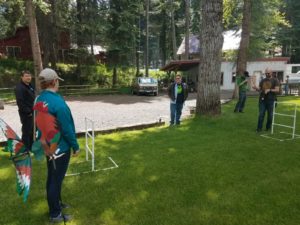 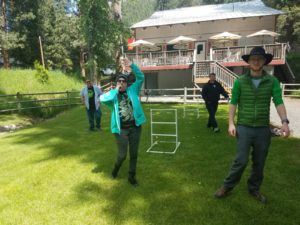 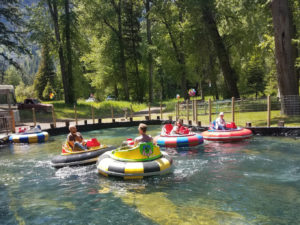 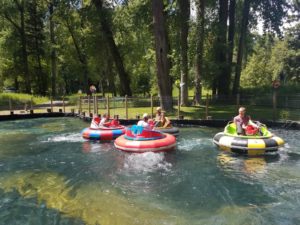 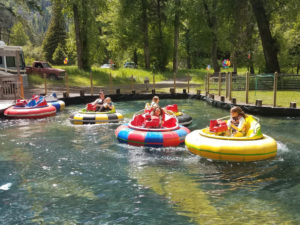 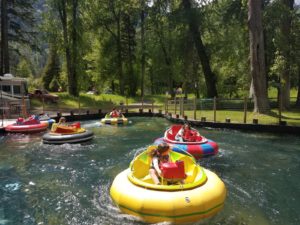 Back at camp, for breakfast, Brendan Quinn cooked some badass breakfast burritos, Ty Mulholland fried a ton of delicious bacon, and Nestor Guzman scrambled fresh duck eggs from his farm!

For dinner, Ken and Erin Schmidt made chili dogs. We did a lot of cooking hot dogs and burritos over the fire. We also made S’mores, of course, because… duh, camping.

Seven deer just strolled into camp the second day we were there. They were youngsters—a few of them had tiny velvet antlers. We were all pretty stoked. The kids were especially excited. 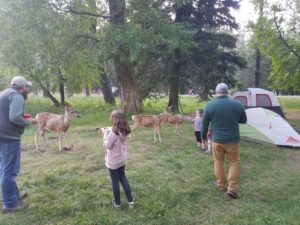 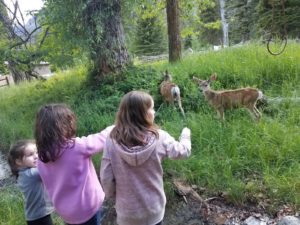 A couple of the girls actually pet the deer. They were so unafraid of people. I’m pretty sure they were just scrounging for food, but it was pretty cool.

I’m so glad we decided to go on the Fuse Campout this year. I spent time with people I love, and got to know some Fuse members that I hadn’t previously had the opportunity to know very well. What a wonderful weekend!

Thanks to everyone who made the Fuse Campout so special <3